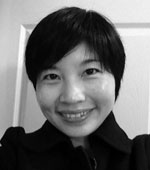 My primary research interest is decision making under uncertainty, especially as it relates to cooperation and coordination to reduce interconnected risks in social networks where one person’s decision affects not only her own risk level, but also that of other players. Although uncertainty is often viewed as undesirable by decision makers, my research has shown that, under certain circumstances, uncertainty can help expedite and sustain cooperative behavior to reduce common risks.

For example, (Gong et al., 2009) investigated group cooperation to reduce interconnected risk. Controlled experiments in the lab revealed that groups are less cooperative than individuals in a deterministic Prisoner’s Dilemma (PD) game; however, when probabilistic outcomes are introduced into the PD game so that defection increases uncertainty for both players, groups become more cooperative than individuals. The results from follow-up studies show that group members are more concerned with risk than individuals, and have higher cooperation expectations for the other group than do individuals have for the other individual. Currently we are investigating the effect of subsidy in encouraging and sustaining coordination to reduce common risks.

Another line of my research is on environmental valuations. For instance, in Gong & Aadland (2011), we find that, in a recycling service evaluation survey, people report higher willingness-to-pay when interviewed by females than by males, and by white interviewers than by nonwhite ones, which is consistent with the predictions derived from the gender and race differences in environmental attitude and psychology theories on conformity. In Gong & Baron (2011), we investigate how emotions could moderate the scope-sensitivity problem in contingent valuation. Our results show that depending on the context, emotion may have a negative or positive effect on the scope sensitivity. Currently we are revising two working papers on environmental valuation. One is on the cultural and country differences between Chinese and Americans on discounting environmental and monetary values. The other one is the investigate how and why people value biodiversity using a fishing game.

Finnoff, D., Gong, M., and J.T. Tschirhart. 2012 “Perspectives on Ecosystem Based Management for Delivering Ecosystem Services with an Example from an Eighteen-Species Marine Mode.” International Review of Environmental and Resource Economics, 6(1): 79-118.

Gong, M., Krantz, D., and E. Weber.” Why Chinese Discount Future Financial and Environmental Gains but not Losses More Than Americans.” Forthcoming in the Journal of Risk and Uncertainty.