Q & A with a Researcher 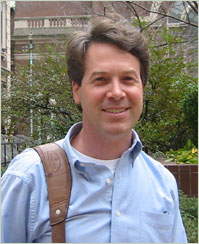 (CRED) What is the focus of your research for CRED?

(TL) My research examines the role of underlying psychological, cultural, and geographic factors in environmental risk perception, decision-making and behavior. Specifically, I have two main projects within CRED:

The first is a field project entitled, “The Future is Now: Climate Change Detection, Attribution and Adaptation in Alaska.” Alaska (and the rest of the Arctic) has warmed approximately twice the global average. As a result, Alaska is already experiencing significant climate impacts, including the loss of sea ice, permafrost melting, more severe forest fires and insect outbreaks. This study asks, “Have Alaskans detected these changes? Do they attribute them to global climate change? How are they incorporating climate change into their current decision-making? What mitigation and adaptation measures are Alaskans taking or considering to respond to these locally and regionally-specific impacts and how are they making these decisions?” This project will answer these questions using a combination of methods, including interviews, a statewide survey, a media analysis and a regional climate summit in Northwest Alaska.

The second is a lab project entitled, “Scientific Information vs. Vicarious Experience in Climate Change Risk Perception and Behavior: An International Study”. This study asks, “Do diverse societies around the world perceive global climate change as a serious risk? What specifically do they fear about it? Do these risk perceptions translate into support for mitigation policies and/or personal actions? How do risk perceptions, policy preferences and behaviors vary between economically developed and developing countries and across diverse national and cultural contexts? What role do underlying cultural values play in climate change attitudes and behaviors? Finally, how well do either scientific information or vicarious experience influence risk perceptions, policy preferences and behaviors?”

This study begins to answer these questions using an experimental design across seven countries (the United States, the United Kingdom, Germany, Japan, Mexico, Brazil and Argentina). Undergraduate students in each country were exposed to one of three experimental conditions: (1) excerpts on abrupt climate change from recent scientific reports (e.g., the IPCC); (2) a vicarious experience of abrupt climate change as portrayed in The Day After Tomorrow, a recent Hollywood disaster movie; (3) a control group (no intervention).

(CRED) How did you get interested in environmental decision making?

(TL) I first became interested in this field 15 years ago, as the Education Coordinator of the Aspen Global Change Institute (AGCI). At AGCI, I had the incredible opportunity to learn about global environmental problems from many of the world’s leading natural scientists, who came to Aspen each summer to attend our annual conferences. Climate change, ozone depletion, biodiversity loss – each of these problems was global, scientifically complex and presented enormous challenges for the future. It is of course critical to understand the natural science of these problems (e.g., climatology, atmospheric chemistry and ecology), however, at their root all of these and other global environmental problems have their origins in human decision-making and behavior. Why do different people, cultures and societies conceive of and treat the environment in the different ways that they do? What can we learn from other cultures, both past and present, about how to live sustainably on the Earth? What are the psychological, cultural and political factors that shape our environmental behavior? These are some of the guiding questions that led me back to graduate school and ultimately to this field.

(CRED) Do you recall an interesting experience you had while conducting fieldwork?

(TL) I recently spent several months in the Alaska interviewing key stakeholders about climate change and its impacts, including scientists, business and environmental groups, politicians, journalists, native peoples, etc. One of the most interesting experiences was traveling north of the Arctic Circle to Kotzebue, on the shores of the Chukchi Sea, and the regional hub of the Northwest Borough. This region is predominantly Inupiat Eskimo and many still depend on subsistence hunting and gathering for much of their food. The region is also on the “front lines” of climate change, including the village of Kivalina, which is in imminent danger of being inundated by the sea due to coastal erosion. I had the opportunity to meet with many local officials and citizens and hear about the changes they are witnessing in their environment, the experienced hunters that have fallen through thinning and unpredictable ice to their deaths, and their many concerns about the future of climate change in their homeland. Global warming is not an abstract, future or global issue here – people here see and feel the changes in their everyday lives.

(CRED) Do you recall any uexpected lab results you have encountered?

(TL) Results are still forthcoming, but one surprising finding (preliminary) is that college students from the developing countries of Mexico, Brazil and Argentina are much more concerned about global climate change than students from the United States or England. This finding is contrary to the claims of some theorists who argue that concerns about a “global” problem like climate change should be significantly lower in developing than developed countries, because poorer countries are more concerned with providing basic material needs. While college students certainly do not adequately represent the views of their whole country, these results nonetheless might be surprising to many and suggest the need for more research to explain these cross-national differences.

(TL) CRED provides a very unique and important home for interdisciplinary research on environmental decision making. Through CRED, I have been able to work with excellent researchers in a variety of fields other than my own, including natural scientists, social scientists and historians. My own research directions and projects have already been greatly influenced by my collaborators at CRED, who have provided new theoretical perspectives and analysis, and encouraged me to explore new questions as they have emerged from my research.