Environmental decisions often emerge from groups or from individuals acting within a group, and they usually affect many stakeholders apart from the decision makers. Over the past few decades, the decision science community has learned much about individual choice, but little about group choice. Our focus on environmental decisions led us to investigate group effects and social context, and gives rise to new findings and new theoretical concepts. Social context can affect decision making in at least five different ways: through the goals that are activated and adopted; through sharing of information, ideas, and resources; through expectations about others’ future choices; through social influence in which decision makers influence one another’s perspectives; and through the effects of social engagement (or its lack) on the implementation of jointly adopted plans.

One set of CRED Lab studies looks at social dilemmas, which arise when individuals must choose between maximizing individual financial reward and maximizing group benefit with a slightly lower individual return. More specifically, we have investigated group affiliation and social dilemmas. To measure the effect of affiliation strength on cooperation, CRED researchers Arora, Krantz, and Peterson designed the following experiment: We invited students into the research lab and split them randomly into four-person groups. We created different levels of group affiliation ranging from anonymous, to giving the group a symbolic name and putting that symbol on the members’ paperwork but not allowing for members to see each other, to groups where or all members are in same room together and collaborate on an unrelated task first before playing a group decision game. The game provided a financial incentive to defect rather than cooperate. We found as affiliation increases, so does cooperation; affiliation makes social goals (e.g., the concern for others) a greater priority; the added benefit of cooperation more than makes up for the sacrifice (in this case: monetary sacrifice). People reported that they feel good about cooperating. In game theoretical terms: a commons dilemma can be transformed by social goals to a payoff structure with multiple equilibria. In our experiment, this worked even if the group affiliation was a temporal short-lived connection. 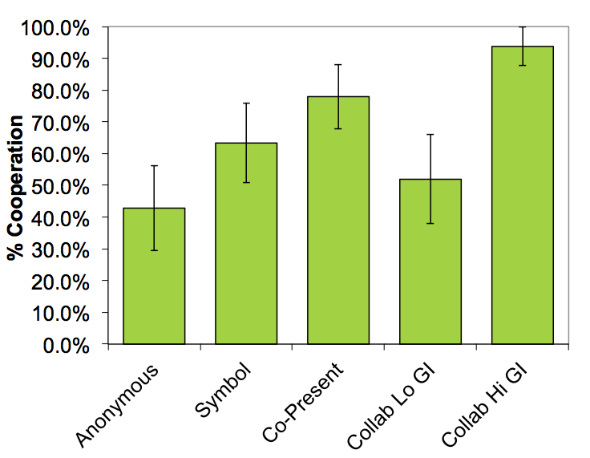 Cooperation can be facilitated by appealing to the social identity of people. Besides economic well-being, social affiliation and social approval are powerful human needs. Modification of economic incentives is difficult and expensive, yet the priming of social goals by the way situations are described or “framed” is often more (cost) effective and more feasible. For instance, giving a group a bonding task prior to the actual decision-making process can imply that the goal in question is a communal goal.

However, we still lack understanding of the effects of uncertainty on the weight given to social goals. This is crucial, because cooperation depends on activation of social goals, whose values may be down-weighted if achieving them is made uncertain by nature or by uncertain cooperation of others. Research by Min Gong shows very large changes in cooperation with stochastic payoffs (e.g., in games with probabilistic payment structures), and these changes differ for individual vs. team decision makers. This underscores the theory gap: social and economic goals are differentially affected by uncertainty, but we are far from understanding why. Initial lab and field studies suggest that uncertainty undermines fairness goals in several ways. Applied to an environmental context, a variety of uncertainty effects may constitute barriers to reduction of greenhouse gas emissions and to coordinated management of scarce resources. 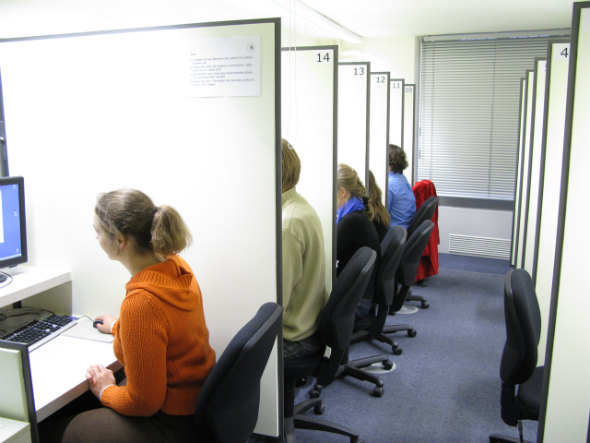